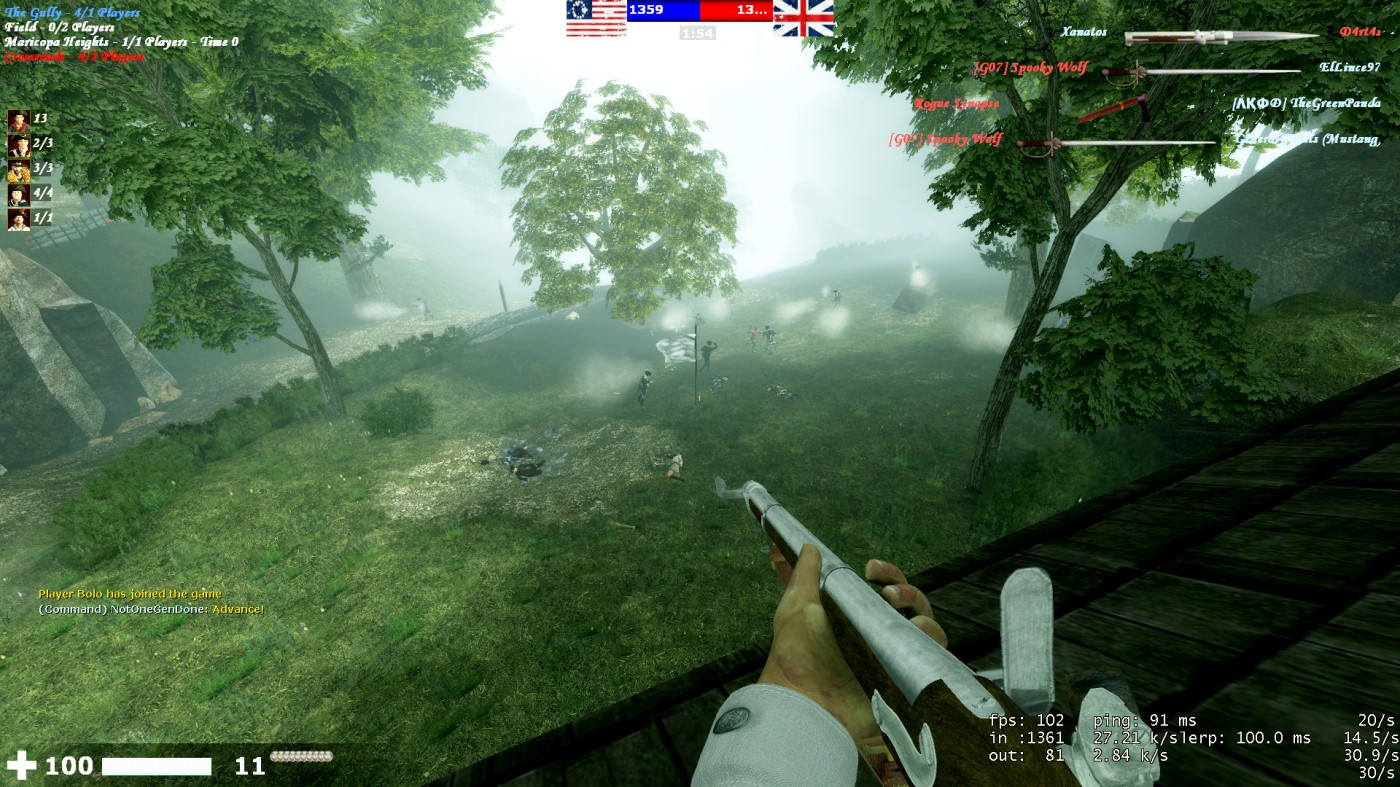 We stand with you, soldiers! We fought well at the start of this battle, and we as commanders have taken your feedback to heart by rolling out two hotfixes since release! The first hotfix, made live yesterday, fixed a persistent lag issue that effected all servers. If you played within the first 3 hours of release (before 6pm EST/10pm GMT), know that the jitter has been fixed and that melee is now much more fluid. This hotfix has been put on all of the official servers, but community servers may still need to update! The second hotfix, made live today, adds a “Mute Players” button to the in-game main menu, allowing each player to locally mute other players. This if useful for muting players who are loud or play music.

We commanders in the development team are all volunteers with full time jobs, and yet we will be looking to fix even more issues over the next few days. It is our honor to serve with you.

“I have not yet begun to fight!” — John Paul Jones