At ease, soldiers! This new patch aims to serve as a stopgap to bigger content and to make some small quality of life changes for server administrators, mappers and players alike.

For everyone: the community map, Bg_Wrecked, has been added to the game! This was a map from the mapping competition last year. It has been tweaked from its community version; and also, Bg_Towngard, and Bg_Trenton has received improvements as well. Check the bottom of this post for their full changelogs.

For the players: We’ve fixed an Old Model Charleville bug where the recoil was sometimes being applied after the musket was reloaded. Also, for those playing with higher pings, the random lock time has been decreased to be in line with the effective lock time of lower ping players. (Players with 0 ping will receive all of the randomness; players with 250 ping or more receive none of it. It is a linear scale.)

Next, shift walking no longer has any effect on ironsights movement speed.

For mappers, mp_tickets_a_adjust and mp_tickets_b_adjust console commands have been added, as their name suggests they add and subtract tickets. Commands such as
spawn, clip, solo, spec, brit, amer, msay, aclasskit, etc. now work with the entity point_servercommand.
For mappers and server admins, ‘mp_comp_notifications’ server variable has been added to turn off serverwide notifications of the spawn, noclip, mp_tickets_a_adjust and
mp_tickets_b_adjust commands.

Finally, the default lerp settings have been reverted back to the values they had before the previous update. The bug where the Windows application name for the game was ‘Battle Grounds III Dev” instead of ‘Battle Grounds III’. Stay tuned for some big improvements and additions in the next few months. The next major update will be at the end of February.

“Those who expect to reap the blessings of freedom must, like men, undergo the fatigue of supporting it.” — Thomas Paine 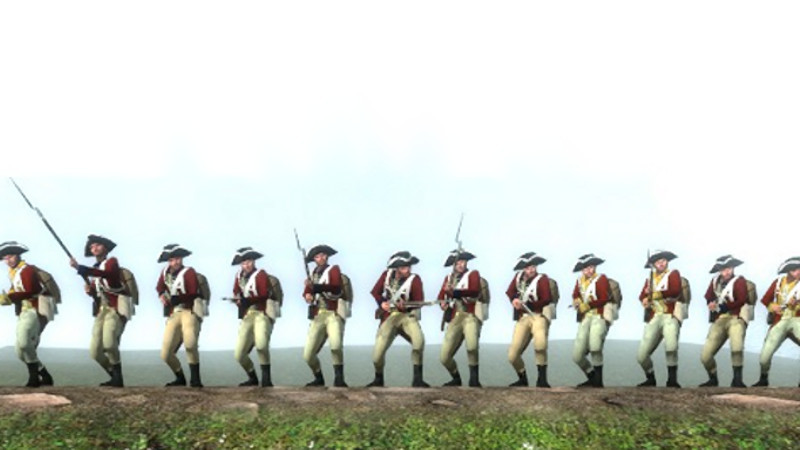