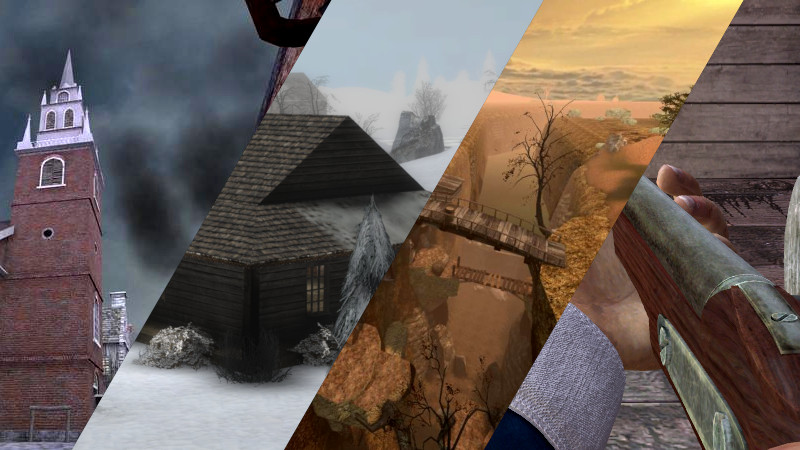 We have not forgotten about you guys, and we are back with some juicy new content! We have new weapons, new mechanics, new maps and more!

We are introducing (yet another) new musket for the Americans, the
“Committee of Safety Musket”. This American made short pattern clone lacks accuracy and has a slower lock time, but makes up for these shortcomings in damage.

With the addition of new weaponry and with more on the horizon, balance is an ongoing and ever changing challenge that our dedicated beta testers and development team have been diligently working on.

The Dutch Musket’s damage has been taken down from 111 to 109. The extremely quick lock time has already made the Dutch formidable for hitting moving targets, and the high ball damage made it the go to choice in line battles. Turning the stats down on it gives other muskets a chance to shine.

The Sea Service lock time has been shortened from the default .135 to .09. To counterbalance this, its damage has been decreased from 111 to 108. This will push the Sea Service into the role filled by weapons such as the Spanish Mosquette and the Dutch Musket.

The Old Model Charleville’s “randomness” feature on the locktime has been decreased. We’ve heard lots of complaints about the lock time making the weapon unusable.

Grenades and shotguns now have a “stamina draining” effect. Grenade blasts that do over 20 damage will drain all of a target’s stamina. Any shotgun damage will drain all of a target’s stamina. On top of this
stamina drain, there is a 20% movement speed debuff for 5 seconds. Effected officers can’t use their buffs, and the light classes (Militia, British Light Infantry) are immune to the effect. We’re hoping this change will make grenades and shotguns more viable and give them a specialized role. The stamina debuff can be blocked and cancelled by the officer’s “Rally Round” buff.

The “Rally Round” buff has seen some improvements as well. On top of the aforementioned cancelling and blocking of the shotgun/grenade slow debuffs, the buff now instantly restores stamina to 100% at the moment
of buff activation. It also removes damage weaknesses of allies, and allies with the “Rally Round” buff ignore the damage resistance of enemies.

We’ve been doing a lot of work walking the delicate tightrope of balancing the game for both the linebattle community and the competitive community. And one of the results of that work is to come up with some variables so players can run some tests themselves, and see what works best for htem.

We’ve added a new experimental linebattle game mode that tightens vertical accuracy amongst other things. It can be activated using lb_tighten_vertical_accuracy.

Added sv_flintlock_delay_offset to give server admins the option to play with having increased lock times all around the board.

We’ve added an sv_player_model_scale cheat for players who want to feel larger than normal.

For melee heavy players and those who want to train, sv_headhits_only has been added as well.

As always bugs are getting fixed, some faster than others, but there is always progress on that front.

Fixed teamchat such that it actually works now.

When friendly fire is off, bullets that hit teammates are now blocked instead of potentially passing through them and hitting enemies.

Our mappers have been working to add in new models and textures. Our lead mapper Klif has added in a tavern set, a wooden trunk and a spiked barricade for our developers and community mappers to play with.

Ricochet has added a swaying animation to trees, bushes and fields—this automatically applies to all existing maps without recompilation.

Textures have been replaced to more modern textures, and texture alignment has been done. Spawn entities have been fixed so that they no longer get stuck into the ground.

A lot of the development that has been done has inadvertently neglected the linebattle community. We are starting by bringing back a cherished map, lb_princeton. Ricochet created the map in Battle Grounds 2 and has worked to port the map over with newer models and textures.

An urban combat map akin to Townguard that features a pushable bomb cart and an underground sewer with lots of chutes and ladders, sg_boston was created by Awesome at the tail end of BG2’s life and has been ported over with improvements on the way

A Battle Grounds 2 map created by Awesome, sg_ravine is an outdoors map in which defenders must navigate a treacherous ravine in order to attack a palisade fort. Cannons, trapdoors, barricades, lockable doors, flammable oil, pitfalls, falling rocks, sniper’s nests—this is not a map for the faint-hearted. Like sg_boston, textures and models have been replaced and modernized.

We unfortunately were not able to meet all of the goals of our posted Roadmap by today, yet we decided to put in this update to give all of you new toys before we double down on finishing the roadmap plan.

“We began a contest for liberty ill provided with the means for the war, relying on our patriotism to supply the deficiency. We expected to encounter many wants and distressed… we must bear the present evils and fortitude…”—George Washington