For those who have honed their skills with musket and bayonet on the battlefield and are searching for something more, look no more! The community of Battle Grounds III has a thriving skirmish and linebattle community with teams of all skill levels.

The 5v5 league is for players who are interested in showcasing their skill on the battlefield. Teams primarily from North America and Europe battle for the title each season. Each match consists of two 20 minute halves. The 5v5 league is played on smaller BG3 maps such as bg_trenton, bg_winterisle, bg_canal and bg_wrecked. Seasons run for round 6-8 weeks, and a match is played each weekend.

For those who would like to practice their melee and shooting skills in a semi competitive environment and understand the gameplay of the 5v5 format, pick up games are an excellent choice. Team captains are chosen, and each take turns picking from a pool of players until teams are formed, then they play a 30 minute match on a map of their choice.

The multiclan linebattle is a huge linebattle event in which most of the linebattle clans participate in. Player numbers can range anywhere from 60-100 players. The match is played on linebattle maps, such as lb_alpinepass, lb_autumn and lb_princeton. Teams are organized and each team plays 5 rounds on American and British. The best out of 10 wins.

All of the clans listed in the clans page participate in the 5v5 format or the linebattle event, feel free to hop into one of their discords and inquire about joining or participating in the events. The Battle Grounds III Tournaments discord is a great way to join pick up games, get information about the 5v5 league and multiclan events, and participate in various tournaments (with cash prizes!).

We are steadily chugging away on new maps, models and gameplay features, and since it’s been a while since our last content update we wanted to give you guys a sneak peek of what we’re working on. Lead Developer “Awesome” has been hard at work coding in the progression system, crafting the UI and modeling the new skins, weapons and cosmetics! During this sneak peek we will be taking a look at the new weapons that will be coming. Here they are, from left to right according to the image above:

After a bit of hibernation during the winter holidays, the dev team has awoken and getting back into the swing of things. To finish off January, we are releasing a few things that we have been working on in the background, and have made some long demanded balance changes. 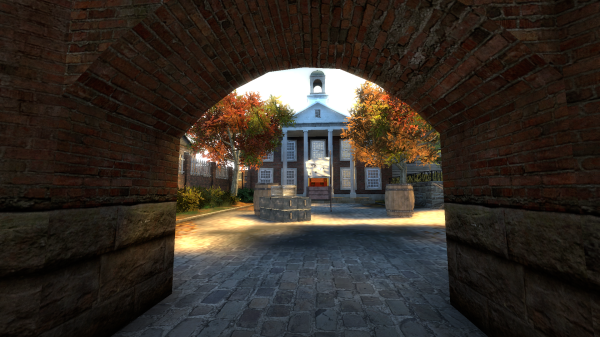 We’d like to give you a juicy BG3 update to put alongside your thanksgiving spread.

In an effort to move away from point blank hipfiring for easy kills, the following experimental shooting changes were applied: 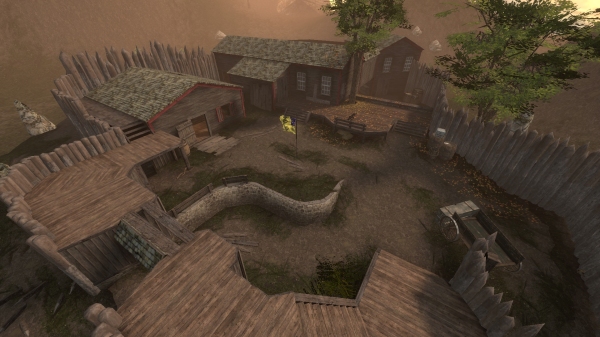 At long last, the maps from the contest will be officially released! We know you all have been chomping at the bit to play them, and we have been hard at work bringing the maps and new assets into the game.

Lead mapper meat has been taking the bg2 classic sg_siege and bringing it up to par with other bg3 maps such as bg_winterisle and ctf_stonefort! Some of the changes include a reorganized interior with a swivel gun, brand new palisade models, a redone mine and cellar, and smoother overall gameplay. These are welcome changes on an already loved map.

All 5v5 maps have had flag capture times standardized. The old flag cap time on some maps was 5 seconds, and this has been shifted to 3.5 seconds. This should allow for faster back and fourth gameplay.

With the wrap up of our 2020 Mapping Contest, we are excited to bring the winners’ new maps into Battle Grounds III! The developers are currently giving these maps a final pass before releasing them, but before that we’d like to take a moment to showcase the winners.

It’s been a while since our last update, however you all have not been forgotten about. While this update has not been as flashy as some of the weapon additions, there are map improvements galore and new assets that bring a bit of polish to the game. There’s also a nice fix that players have been demanding for quite a while.

With our mapping contest coming to a close, make sure you swing by the mapping competition site to check out the teaser images of the contestants’ maps. The maps are looking phenomenal and we are really looking forward to seeing what they have done. A final playtest will be held this Saturday, the 18th at 6PM GMT. Check the official discord for more details!

Bombzone removed due to not seeing much play

As the deadline for the BG3 Mapping Contest nears, some fancy new assets have been added to give the upcoming maps a bit more polish. They include:

Musket one-shot kill ranges have changed to be based on the weapons’ damages. These ranges are now visible in the classmenu. Accuracy values are also now reported in the class menu.

Last, but certainly not least, the red screen effect that occurs when players take damage has been reduced. The red screen had the tendency to disorient the player in dark or smoky environments; this tendency should now be reduced.

A new variable ‘mp_damage_kill_cap’ now exists such that, when turned on, damage values are capped to the victim’s health; for example a fatal headstab (on a healthy player) would always report 100 damage regardless of weapon used. This can be used in competitive environments in order to balance damage scores on the scoreboard.

“My bursting heart must find vent at my pen.”—Abigail Adams

Attention, soldiers! Much has happened inside the developer’s tent—first, we would like to welcome the programmer PhilmacFLy back into the development team. Phil was back in the team during BG2, and was in fact the one who first implemented having the website shown in the main menu. He’s back, and he’s already coded something for us: the player action menu, which you can read about below.

END_OF_DOCUMENT_TOKEN_TO_BE_REPLACED

What big release would not be complete without a patch following it up a few days after? 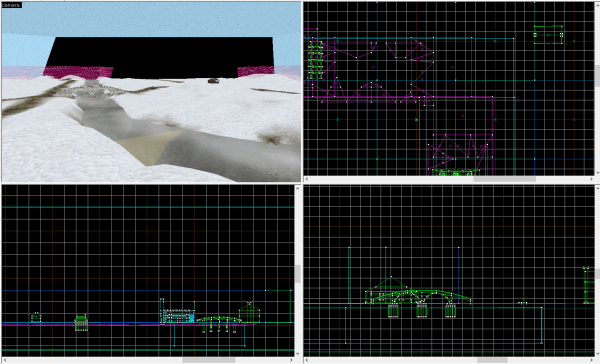 We are pleased to announce that members of our community have banded together to create a mapping competition. The goal of this contest is to bring quality mappers from other corners of the source community to try their hand at making new content for BG3. With a prizepool reaching upwards of 500 dollars, and donations streaming in, we are excited to see what people come up with. For those who don’t have the patience for mapping, do not despair! The prize pool is open for donations, and you will not be walking away empty handed; you’ll have great new maps to play at the end of the contest!

You can find more information here

The current prize pool and donation options can be found here